Before opening the restaurant, roti was my biggest fear.  The food I was super confident with.  Even if I didn’t have a soul to help me, I could manage the food all by myself.  The roti though!  You need skill, speed and strength to put out a huge number of rotis.  You need PRACTICE.  The kind of practice that comes from making rotis every day of your life for your large extended family for forty years or so.  Firstly I’m 33, secondly I don’t cook Indian for my family every night, thirdly I have a very small family. And then to top it all of, I’m supposed to teach this to staff who may have never made a roti before in their life.  I was scared for sure.

Then there was the equipment.  I was used to making the dough by hand and making rotis on a tawa at home.  I had no idea how I was supposed to do this for huge numbers.  A tawa wouldn’t work at Kasa, as that only cooks one roti at a time.  Physically it would be impossible to make all the dough by hand, but what machine would I use?  There are no Indian restaurant machine manufacturers to ask.  Frankly, there are no Indian restaurants around who make simple homestyle rotis for me to go and ask. I was terrified.

Suresh and Tim were super calm (or just too focused on the business plan to be as worried as me) and had faith that we would figure out a way.  Through the grapevine, I learned about a machine called the Hobart.  I checked it out in restaurant equipment shops and found that there were a few different sizes of them.  All of them were priced so high..it’s astounding!  It felt like going and buying a new car, except you are not allowed to try it out to see whether it would actually work to make the dough. And you are supposed to just guess the size you need, and just guess the number of customers you are going to serve.  You can see how all of this is really daunting and scary.  The machine itself is scary…it even has a cage as it could take your arm out if not used properly.

Luckily, a kind restaurant owner of a place that we were considering buying had a hobart, and he let me use his to test if it would work to make my dough.  Bingo! It worked wonders.  That really was one of the happiest days of my life to know there was a solution to the problem, and we happily paid for a Hobart knowing it would work for us.  It’s a whole separate story about how it didn’t work with our electrical outlet, but we dealt with that.

The tawa problem also weighed down on me.  I kept staring at restaurants to see what they used for cooking things that looked like rotis.  Pancake places, wraps places.  It seemed like a griddle would be the solution.  I needed to test one though to ease my fears, and to see if it would get hot enough.  I went to my local Gurdwara, where they make lots of rotis for the Sunday Service.  Sure enough, they had a griddle to make them on.  I volunteered and felt a little guilty as all the women in there thought I was this super religious girl taking hours out of her day to serve her community.  Really I was just researching and trying to get as much practice.  Oh well, killing two birds with one stone is okay I figured.

Now, 9 months later, it’s really cool to see the GREAT rotis that come out of Kasa.  To start, we had roti school where I taught the initial crew how to make rotis.  We threw a ton of labor into the rotis.  Eventually the best roti rollers rose to the top and then a transformation happened.  Our baby Kasa has a personality of its own after all aside from Tim, Suresh and I.  A new method evolved and was perfected by Craig.  We learned how to scale the process and make them at speed in large numbers with a third of the labor.  And best of all, they were even more delicious than before!  My eternal thanks go to Craig the Roti Maestro, who took that process two steps further and made the rotis even more delicious and manageable.   We transformed a centuries-old art form to a commercial restaurant level.

Lesson learned: when super afraid, remember you can’t do it all by yourself but you can start the process.  Research, great staff and luck are all equally important.  Hopefully they come your way once you start walking down the path. 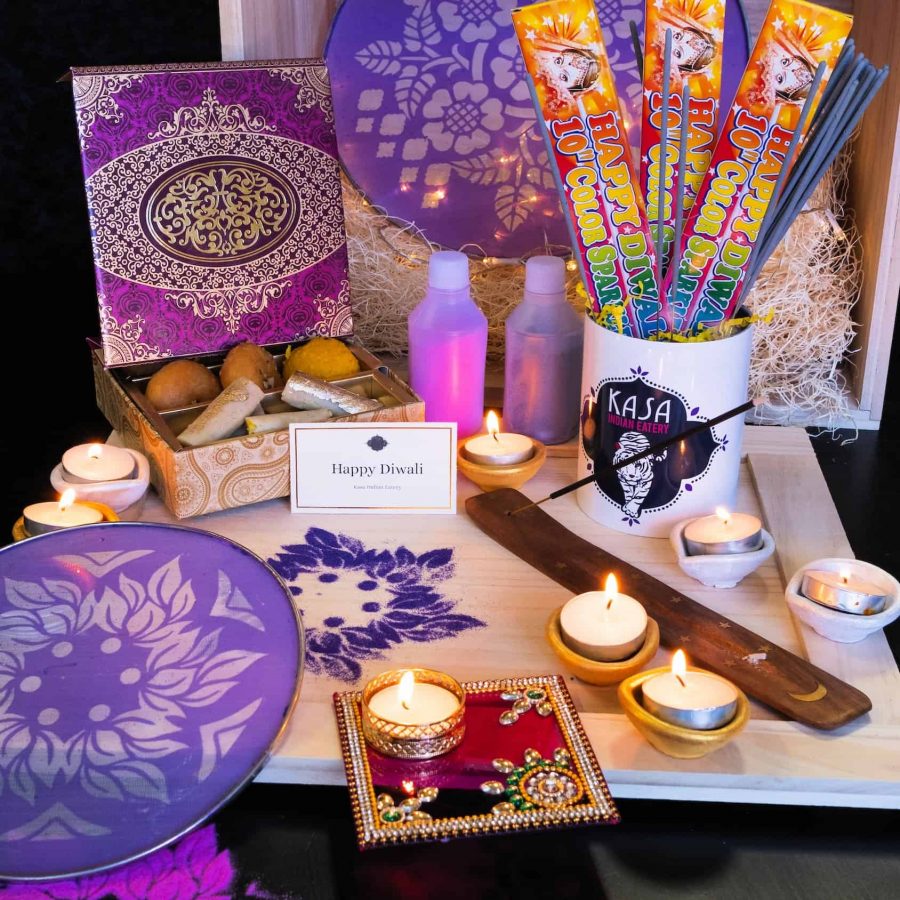 (See below to order your Diwali Celebration Box!) Culture One of the gifts of immigration is the rich culture immigrants contribute to this land. Over 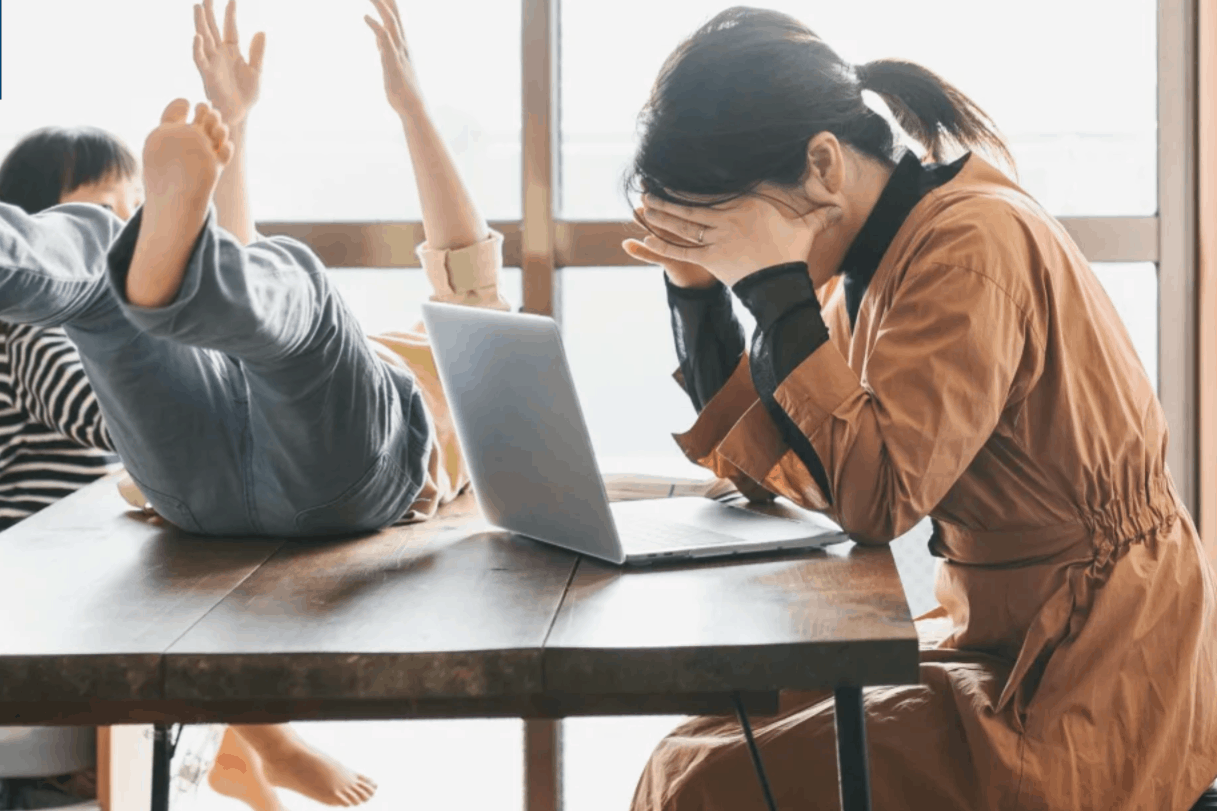 Bringing some perks to working from home!

The separation between work and life right now is challenging to manage.  Your teams are working harder than ever! Help them out and bond with them 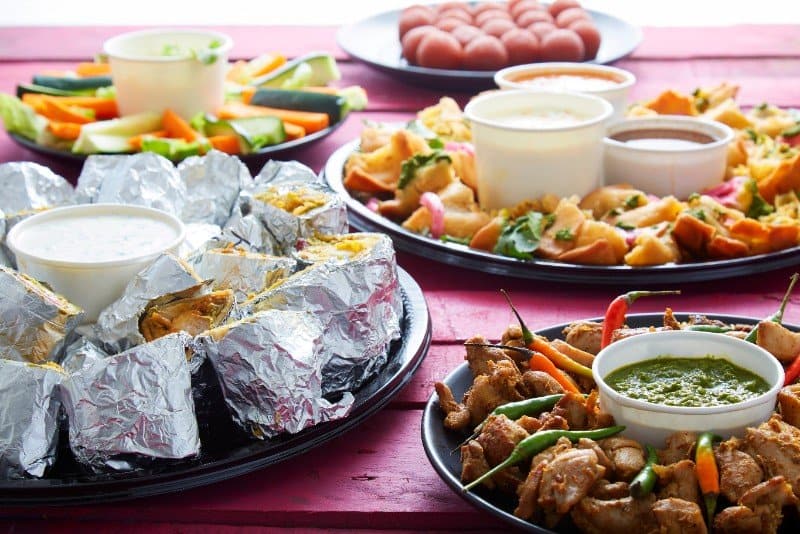 Win a Free Picnic Catering to Top Off Your Summer! The summer of 2020 has been like no other in recent memory.  Right now it’s

The perfect holiday gift of happiness – a small socially distant & cost effective gesture to your loved ones & colleagues to warm up the holidays.
This cute gift box includes everything you need to make two cups of Kasa‘s famous Chai from scratch, plus a packet of traditional Parle G Cookies to dip into your steaming Chai.
Order these online for pick up, or we can ship anywhere in the country!  Happy Holidays.
ORDER NOW