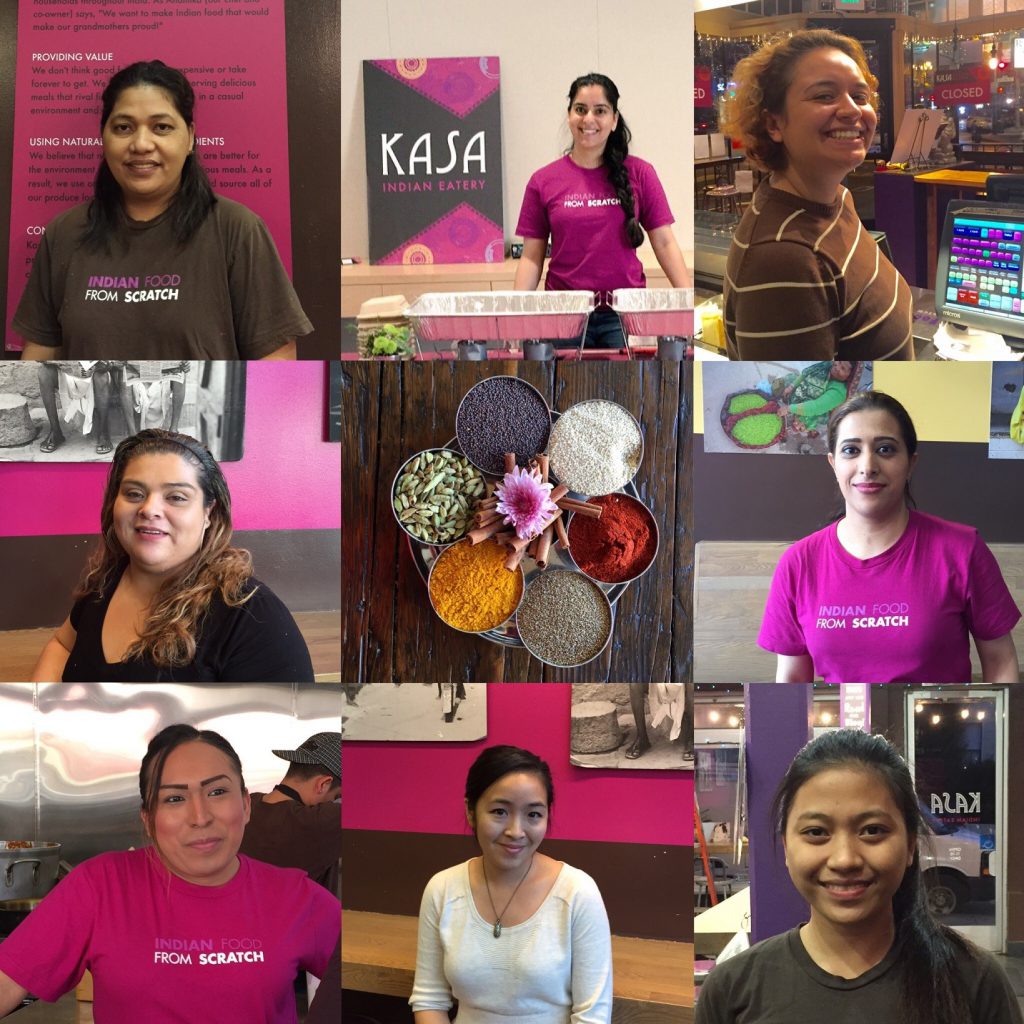 I recently read that there are more women in management and ownership in the restaurant industry than any other industry. This got me thinking about myself as a first time entrepreneur and leader through the lens of being female and a mother juggling raising two children. Seven years since launching Kasa, I look back on […]

In Defense of English Food

Recently I heard that London was named among the world’s top 5 food cities by Food & Wine Magazine. I have to admit I was suprised, as when I go back home to London, I don’t usually find this amazing food they talk about. For me, San Francisco wins hands down for the best food around. […]

The saying goes, “You can choose your friends, but not your family.” In that same vein, you don’t always get to pick the people you work with despite having to spend hours with them.  This fact creates a kind of ‘Work Family’ dynamic where you learn some pretty interesting facts about your co-workers and start […]

It’s 2010, the holiday season is over, and I’m glad!  Don’t get me wrong, I kind of like the holidays…. using up all my patience putting up lights on the tree, overeating, mandatory time with the family, missing folks back home and shopping (I hate shopping!). The highlights of this holiday season for me were: Suresh’s joke about […]

On Motherhood, Poker and Mischievous Monkeys

I live my life in 5th gear!  A few years ago, I realized that I needed to speed up even further if I wanted to get through the monumental list of “Things to Accomplish in my Life” as it was only halfway complete. I had put this list together when I was in high school and it still holds […]

With K2 in construction and opening in less than 3 weeks (we’re shooting for December 4!), there is plenty to blog about. I literally feel like I’ve burned new neural pathways with all the new things there have been to learn. Of all the things I could write about, I feel like writing about the super […]

Doubling Down With K2

We were crazy enough to get into this restaurant business in the first place, and then held on for dear life as the economy went to hell.  After a year and a half of the hardest and most fulfilling work of our lives,  we’ve come to the realization that: 1) you have to sell a […]

Why We Serve Our Food On Metal Plates

After 16 months of being open, curiosity has finally gotten the better of me, and I google imaged ‘Prison Food Trays’.  The reason for this strange search, is that one too many yelp reviewers have commented that they feel like they are eating on Prison trays.  These comments have perplexed me for a while, as […]

The day we signed our lease on Kasa and it was officially ours was a momentous moment for us all.  I think we had drinks to celebrate! Despite Kasa being a business entirely about Indian food, we now found ourselves in a world which had nothing to do with food.  Creating the physical space for […]

Commitment to Catering On Time

In case you don’t know, Kasa Caters.  We go downtown for corporate lunches, we do birthday parties, we do church lunches, school fundraisers and we even did our first big wedding this past weekend in the Russian River.  I’m in charge of most of everything related to catering, but my favorite part is that I […]